"I have always thought of Michael Clark (a.k.a. Clark Fox) as an absolutely brilllant painter- somebody who really carried painting to another level and who has made a big contribution because there is nobody like him, and his work is wide and it is unusual.  Clark develops drawing styles and subject matter based on historical forms of art and architeture. At the same time, he employs a nonoptical approach to color distantly related to the Pointillist style. Though it appears that Clark is immersed in the past, the opposite is true. He is a thoroughly avant-garde artist dealing succesfully with complex color problems and, on a profound conceptual level, with the central problems of synchrony and diachrony.  The result is that he not only creates a new context for the use and perception of color, but he also sheds new light on our understaning of the static, salient elements of the past and how they emerge into the present -a probem to which structuralist theoreticians like Claude Levi- Strauss and Roman Jakobson have given considerable enlightenment.  James Harithas Director, Station Museum of Contemporary Art Excerpt from the catalog of Katzen Museum 2018

Clark V. Fox, born in 1946 as Michael V. Clark, started making art full-time in Houston at the age of five and has never stopped. With a Native American background whose father was a a professional photographer and a mother who painted, Clark feels that art chose him rather than vice versa, viewing his calling as a spiritual, “sacred trust."

“When I was five, I’d go up and down the street trying to sell my small paintings,” Clark said, noting that it is a deep part of his heritage to make things. "By the time I was in high school in Virginia, I was a full-scale artist selling my pieces at the shopping malls.”At that time, future movie director David Lynch and future movie set designer Jack Fisk shared an art studio with Fox in Alexandria Virginia—the three also took Saturday art classes together at the Corcoran School of Art and Design.

Clark studied with Japanese art master Unichi Hiratsuka at the Japan-American Society of Washington D.C. from 1963 into 1964, before taking fine art and figure drawing classes with Lennart Anderson at the Pratt Institute in Brooklyn from 1965 into 1966, where he completed the foundation year. He subsequently studied and apprenticed with Thomas Downing in Washington, D.C., for two years ending in 1968 at the Corcoran.  Clark received his Bachelors of Fine Art (BFA) from the Corcoran School of Art and Design, where he studied from 1966-1969.  He subsequently taught there from 1968-1970. James Harithas, the director of the Corcoran Gallery of Art in 1969, said in 2018 at the Katzen Gallery that he considers "Clark Fox and Sam Gilliam as the final 'graduating class' of the Washington Color School. ”Clark painted all 50 Popsicle paintings in nine days for the famous Gene Davis Giveaway. It was a Herculean feat for the young artist. This event was a conceptual piece to mark the end of the Washington Color School movement.

Clark abandoned organized education to work against the war in Vietnam, also copying portrait paintings at the National Gallery of Art. He is perhaps best known for his pop representations of Gilbert Stuart’s iconic portrait of George Washington.Book author Phillip Ritterbush solicited Clark to illustrate the Art of Organic Forms in 1967 for the Smithsonian Institute. Ritterbush included Clark in the major exhibition at the Smithsonian Natural History Museum. This marked Clark's first “Shape” painting, that is paintings using irregular shaped canvases and geometric abstraction, and his first participation in a major international exhibition.

Clark had his first solo exhibition at the Jefferson Place Gallery in 1968 in DC and Andrew Crispo Gallery in New York, NY in 1974.   Today his work is in the collections of many leading museums in the United States, among them the National Gallery of Art, Yale University, the Whitney Museum of American Art Dorothy and Herbert Vogel Collection, a and the Metropolitan Museum of Art,

He moved to Manhattan in 1970 where he continued to be an active participant in modern art community, hanging out with Rivers, Rauschenberg, and Warhol, and later discussing art concepts extensively with close friend Julian Schnable. Beginning in the seventies, Clark used Mr. Peanut as a vehicle for ironically commenting on consumerist culture and brand-name icons, drawing on the analyses of the Situationist International.  “Much of my work is political and socialistic but incorporates classical art traditions of still life color, and portraiture,” Clark said. "In the 60’s, my still life studies of oranges were done as a meditation on form and color, but they were also my tributes to the Mexican migrant workers making less than $1.00 a day selling oranges on the highway.”"The scene today is totally different, but most people who will go for my work aren’t even been born yet,” Clark said. "I’m competing with the ages now, not with the artists of the moment.”

Eventually, in 1992, he founded Museum of Contemporary Art in Washington DC, which he directed until 2006. His contributions to both scholarship and art have been recognized by many famous artist and curators. 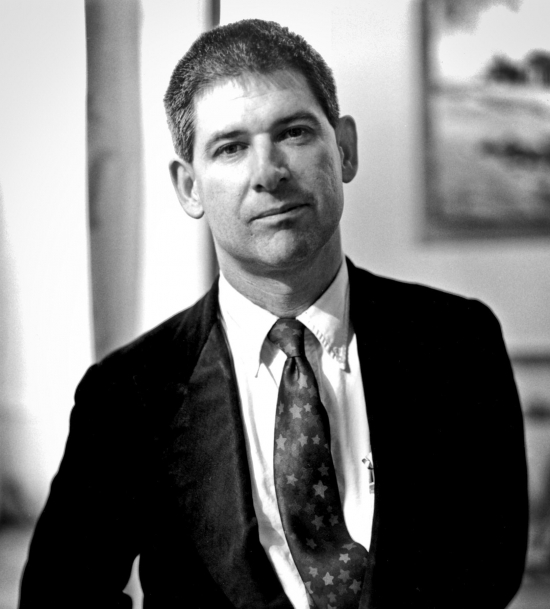